Born with the two most spiritual or faith inducing planets rising (Neptune and Jupiter), Badu brings out the very best in others. At the recent NPR visit to the Tiny Desk:

“Some folks said they felt an almost spiritual connection to Erykah Badu – and that was before she and her band even played a single note.”

Dressed in robes, she has an other worldly look, courtesy of her Pisces / Aquarius blends. Now, if you follow me on Instagram you’ll know I’m not into cusps and the blend I’m referencing here is that her personal planets cross between these two zodiac signs.

Born right after a new moon in Pisces, Badu has both sun and moon in the sign of the fish, while her Mercury and karmic north node lie in Aquarius.

This delivers an incredible blend of the ethereal qualities of Badu with the space-cadet Unicorn side she reveals to us.

With Mercury at the 29º degree of Aquarius she’s bringing together the collective knowing of this air sign (which is considerable), harnessing its power and channeling its wisdom for the collective (Pisces).

Jupiter And Neptune On The Ascendant

As a Sagittarius rising / Sagittarius ascendant lady, Erykah’s governing planet is Jupiter, and looking at her natal chart (below) she is born with this planet of luck, expansion and knowledge in the most prominent position.

Next year and the end of this year is going to be huge, as Jupiter will return to Sagittarius for its once-in-a-twelve-year visit.

Neptune brings out the guru qualities of an individual, heightening their connection to spirit and allowing other people to see them through a very special lens; it also enhances poetic and musical talents, both of which Badu can lay claim to.

Venus in Capricorn makes up one point of a grand trine in earth, including Saturn (17º Taurus), Pluto and the Midheaven (at 20º and 28º Capricorn respectively).

This alignment of planets in earth brings a certain tenacity to the star, and an underpinning quality made for success, go Erykah! It’s also beautifully tied to her moon in Pisces.

Sagittarius Rising – Half Woman, Half Horse

Erykah loves these hoofed style shoes, a nod to her Sagittarius style! But it’s not only a horsey look that defines Sagittarius rising people.

This is an adventurous, risk adverse zodiac sign that loves the thrill of stepping out without boundaries or limits. Their bold, colourful style often reflects their inner nature, with playful prints or cartoonish touches.

I love Badu in this sporty monochrome style above, a definite nod to her Saggy style. She’s also knows for playing with perspectives, with oversized hats one of her signatures.

Sagittarius is also the nomadic gypsy, the astrological archetype most aligned with travelling to foreign lands, roaming freely just for the hell of it.

The look of this fire sign can often be a mix of feathers and raw textures, as above. 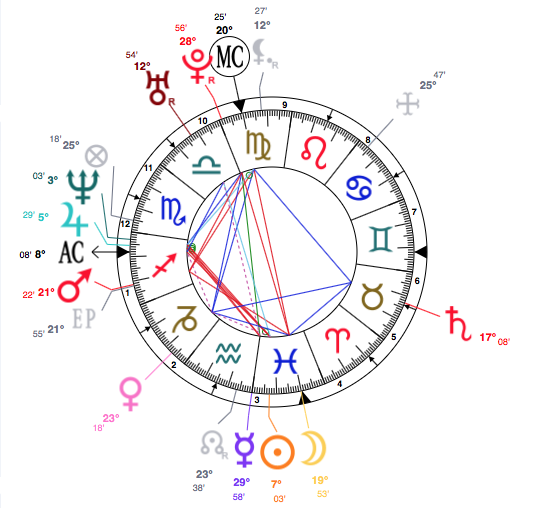