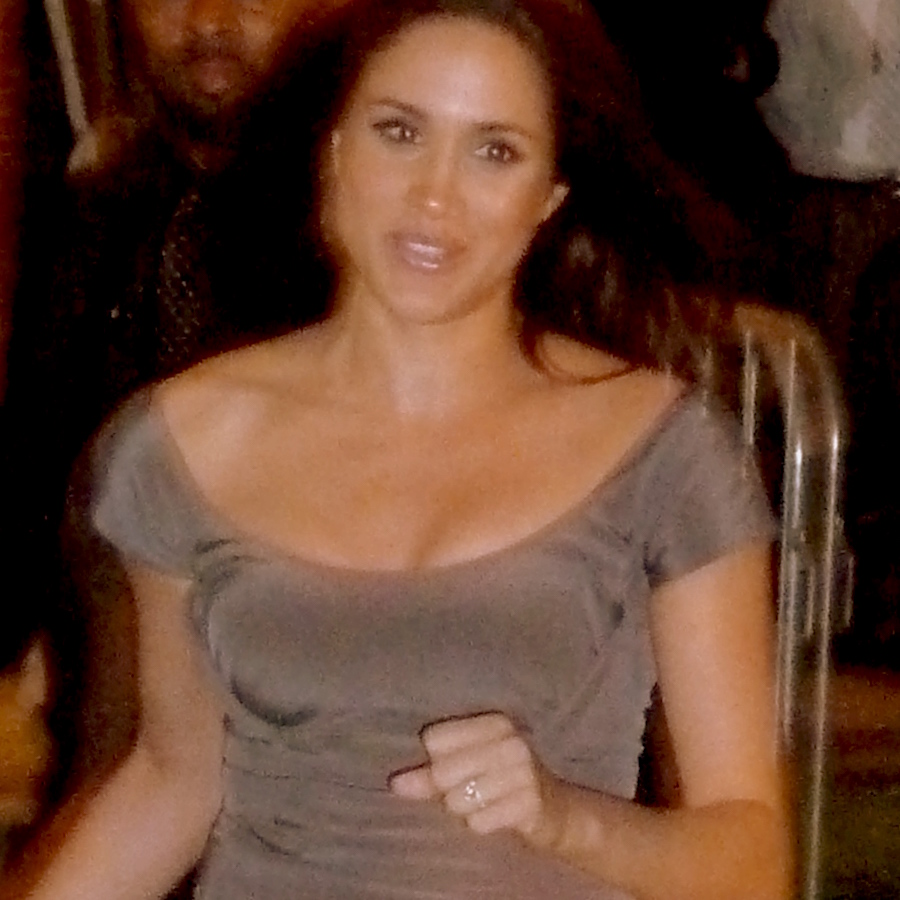 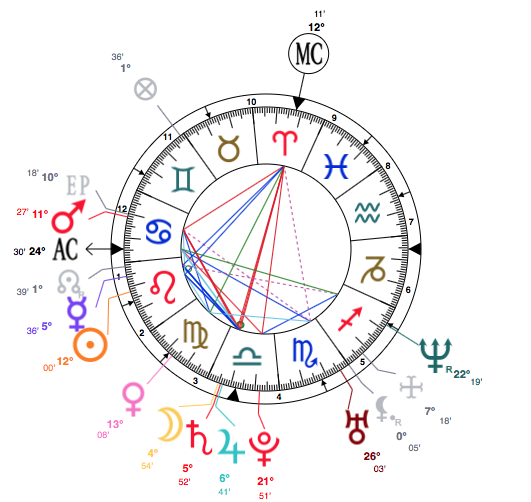 March 2021 – As a Cancer Rising, the North Node has been transiting Meghan’s twelfth house, the sector of secrets and our blind spot in the horoscope.

It’s no surprise that Meghan has pulled back from the spotlight to selectively talk to Aquarius Oprah about deeply private issues; conversational Gemini processes information to make better sense of it all, and this marks a brilliant time to discuss mental health issues, and to selflessly be vulnerable.

Pisces Season is a slippery time, and Meghan has faced all kinds of loose-lipped liars – staff members from the palace making claims she was a bully, the detestable Piers Morgan (Pisces Moon) blurring the issues that are really important to talk about – dissipating and diluting, creating drama, washing over matters.

Pluto over her descendant is just horrendous, and presenting all kinds of dark-spirited folk she must face; I think it’s super brave of her to take on the Monarchy, the Firm, and to speak her truth!

Neptune in Pisces will soon trine her Ascendant, culminating in Megan really recognising how deep the lies and illusionary quality of TV, press and media run.

The planet Neptune represents our collective dreams and universal Jungian archetypes, and with ties to Pluto the roots run deep into power structures…

I am firmly on team Meghan and Harry, and believe they are on the right path to reveal great truths! Go Team! Love them x

[previous update] The Saturn Pluto conjunction is occurring in Meghan’s sixth house of wellbeing, service, health, and work. Hers and Harry’s decision to leave the Royal Family is a releasing of duties that are better suited to her overall wellbeing, and, with Uranus in Taurus in the tenth house of visibility, this is a shake-up of a ‘stable’ appearance – through financial independence – that’s sending shockwaves on a much broader level!

Yippee! There’s nothing I love more than heading over to astro.com to check out a star’s astrological data, to find a Double-A Rodden score.

That means the time of birth of the celebrity in question is almost certain!

And, looking at Leo Meghan Markle’s personal astrology we have an AA rating on the chart – sigh, my new fave is *Cancer Rising* – proud (I’m Cancer Rising too!!!)

Cancer Rising – otherwise known as a Cancerian ascendant gives Markle a horoscope governed by the moon.

Instinctively maternal, sensitive, caring and gentle, Cancer rising people can fuss over those around them, tending to others with true empathy and concern. This is a nurturing water placement, shared by Angelina Jolie – a mother to many!

Catherine, Duchess of Cambridge has her moon in Cancer, and Lady Princess Diana was a Cancer, like son, William Windso, future King. SHout out to the matriachal Cancer tribe ruling the roost – though it’s a Taurus on the throne, HRH. Read more on Kate Middleton’s astrology here.

With Luna governing her birth chart we look to the moon in Libra for clues as to how Meghan expresses her personal astrology.

The moon is with sober Saturn and exuberant Jupiter.

This suggests someone with grounded realism to their dreams, someone who takes it steady in the pursuit of excitement and fun! I can sense this in Meghan’s role in ‘Suits’, where she’s always on the brink of letting her enthusiasm bubble over, but then pulls it back towards a responsible demeanor. The TV show Suits  (which I was very addicted to in 2014 – literally binge-watched three seasons) is set in the world of law. Megan played a paralegal who after working hard at her studies becomes an attorney. What a fab manifestation of Libra (law, fairness, and balance) with Saturn (dedication) to education (Jupiter)? I do love the way astrology translates so beautifully…

We also can’t pass over the sun in Leo, which is just amazing for a career as an actress – and a ROYAL!

Markle is a natural-born STAR with her sun and expressive Mercury in the regal lion’s sign, plus her north node of karmic destiny point to her very important role in the limelight.

Venus in Virgo is proper and prim, although you know Virgo doesn’t really stick stringently to their good-girl image…

“The fact that I fell in love with Meghan so incredibly quickly was a confirmation to me that all the stars were aligned, everything was perfect.”

Yes, darling Harry – they were! It’s not all about Harry’s Virgo sun sign, Harry’s a Capricorn rising so represents the perfect opposite to Meghan’s Cancer. See their astrological compatibility, here. I see love-love-love in the stars and am wishing the beauteous couple all the best!