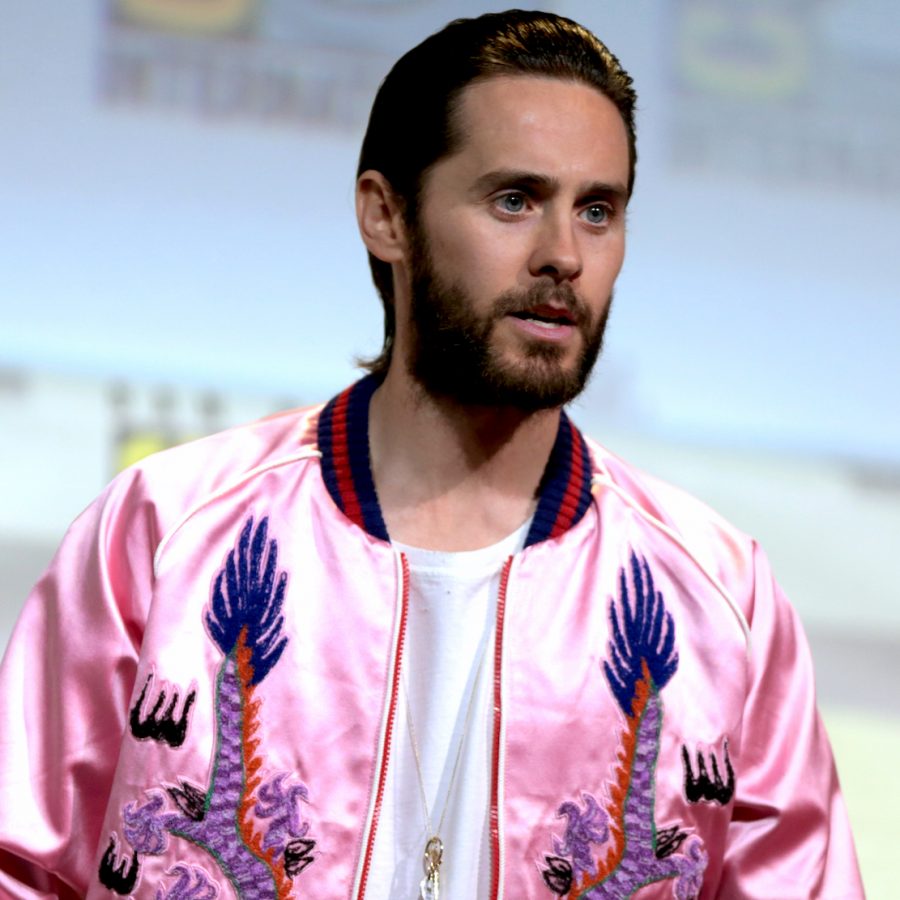 I recently spied Jared Leto’s birth time on an Instagram post he shared, in honour of his 50th birthday!

The star has confirmed his Taurus Rising chart, with the statement “Born at 2:36 PM Central Time 1971”, on a picture of his mother.

I first saw Leto in My So Called Life, and most recently in House of Gucci!

An absolute heart-throb, but also a hero of our screens, he boasts: 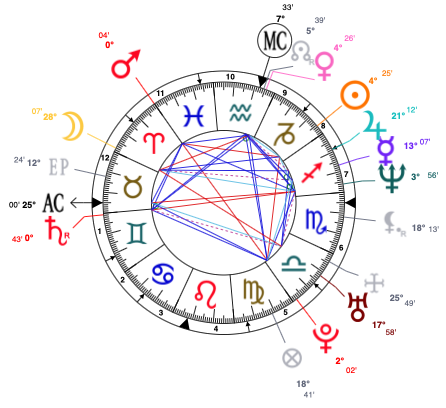 I love how social media gives us a more personal peek into the lives of celebrities, particularly Leto’s mountain climbing – a classic Capricorn activity!

Scaling the sides of cliffs and rocky terrain, we can really see his earthy patience and endurance through this feat of courage.

However, what I’m drawn to in his chart is that Venus on the Aquarius Midheaven (within 3º) and his Karmic North Node, all pointing to an unusual calling, a differentness that’s destiny! Not to mention Saturn at 0º Air Sign Gemini………

With Jupiter crossing this point back in January 2021, Leto was promoting Independent Lens for PBS, and “A Day In The Life”.

Our film A Day In the Life of America premieres tonight @ 10/9c on @pbs @independentlens & the PBS video app. Link in stories to check your local listing.

This film was an idea I’d been thinking about for a really long time and I thought it could be an opportunity to turn the camera on ourselves and capture a portrait of this country and these really tumultuous and fascinating times that we’re living in. When I was a kid, my mother subscribed to National Geographic. It was our gateway to the world, as it is for so many. They had a project where they sent photographers all over the country to capture a single day in the life of the United States, and that always stuck with me.

I look at this film as a time capsule. It’s something that you could dig up 100 years from now, even 1,000 years from now, and it would give us some insight into who we are, what kind of people we are, and what kind of time that we’re living in. Seeing the final product, formed of the 92 incredibly talented crews, covering all 50 states plus Puerto Rico and DC, has been one of the most rewarding experiences of my career to date.

This movie documents a moment of real division. I hope it acts as a gateway to understand that although we may share different views, fundamentally the one thing that connects us is this country. I like to think of this as an opportunity to begin a dialogue – for those who have arguably been forgotten, or at least feel forgotten. I hope the impact of this film begins to show there are many who believe and fight for the American Dream, even when that dream seems to be taken away from them.

Excited for you all to see it. – Jared.

Seems like this was a big deal – a “time capsule” seems apt as he has such a Saturnian chart (Saturn Rising and ruling his Sun, Venus, MC, and North Node). This insightful piece was ;one of the most rewarding experiences’ for Jared, a timeless documentation of division – important for Aquarius to track. Remember to that the USA has an Aquarius Moon in its chart!

I would love to watch a biography or read more about Leto, as his relationship with his mum seems super interesting!

The Moon often represents nurture and I wonder with his Aries Moon if he didn’t experience his mother as a kind of WonderWoman – Aries energy is super cool!