How is it that a cool, classic Capricorn manages to express herself in such a (self-proclaimed) brash way? Let’s look at the personal horoscope of beloved Dolly Parton, and her Star Sign Style for clues! 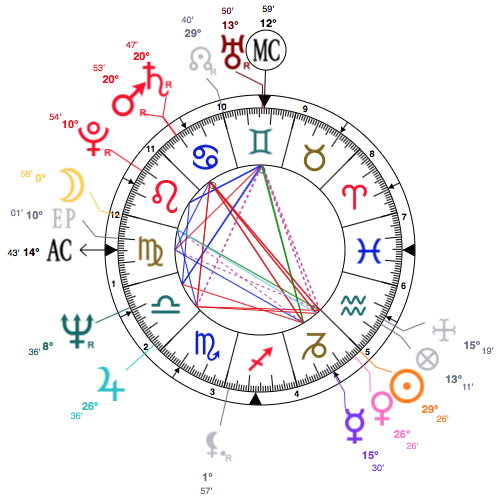 Dolly is a divine blend of earth signs Capricorn and Virgo, with her most personal points in the chart in these two signs.

Moon and ascendant in Virgo ensure what Dolly does is neat as a pin, polished to perfection, presented with an exacting aptitude.

With sun, Venus and Mercury in Capricorn in the 5th house, Dolly’s creative impulses were driven ahead with ambition.

Her penchant for songwriting can be attributed to her moon in the 12th house, an intuitive position for the moon (and for writers) and her Mercury – the chart ruler – almost precisely alined (trine) the ascendant.

There’s Something Different About Dolly – Uranus On The Midheaven…

The midheaven is the point in our horoscope that speaks about our public reputation and the impression we make. With the north node at the powerful 29th degree of Gemini (in the 10th house), Dolly was destined to be a star.

It’s Uranus that makes her different, standing out from the norm and disrupting the ‘usual’ look of what a star should be!

We love your style, Dolly! Keep on rockin’ x

An Astrological Look At Sagittarius Swift…