The Pisces Rising chart for Billie Eilish is rated an ‘A’ on astro.com, which means that it’s highly likely the singer was indeed born at 11.30 am on December 18th, 2001.

It also means Billie is due to have an incredible 2020 – even more so than 2019 and the years in which she’s quickly gained notoriety for her sweet yet haunting voice.

No longer a rising star, Billie is a Sagittarius with the Moon in Aquarius.

Her Pisces Ascendant asks us to pay attention to both Jupiter and Neptune in the chart. Firstly Jupiter is in Cancer, Retrograde – it’s worth noting that as a Sagittarius, Jupiter is the governing planet for both her Sun and Midheaven, too.

Billie’s Moon in Aquarius is 5º apart from Neptune, adding to the singer’s musical sensitivity, while Jupiter is quincunx the Moon. Both are 12º, so it’s an exact aspect. Some astrologers don’t buy into this aspect (150º between two celestial bodies), but I personally recognize a couple in my own chart so definitely pay attention to them. Jupiter is also trine the midpoint of the ascendant and Mars.

Jupiter a wonderful planet for expression, helping deliver a big message, passion and creativity, and in emotive Cancer it’s a highly sensitive point in Billies chart. Mars in Pisces in the 12th house really stands out to me, suggesting that Billie uses her art to process and channel her anger, perhaps. It’s in a square to Saturn in Gemini, and perhaps she developed this skill – writing – at a young age, helping overcome her many feelings. With the discipline of Saturn, she managed to paint an exciting picture with her words – and all executions of her artistic style, including fashion. Saturn is trine the Moon, and Neptune

My absolute favorite song is Ocean Eyes, and  its absolute poetic melody, innocence, and beauty. It also reflects the Pisces/Neptune signature in Billie’s chart (Mars in Pisces in the 12th house, Pisces Rising, Neptune conjunct the Moon).

Neptune is the god of the seas in myth and legend and Billie sings of someone else “giving me those Ocean Eyes”, which could be an enigmatic expression of all of the above. Perhaps she even wrote it with Neptune on her Mars! 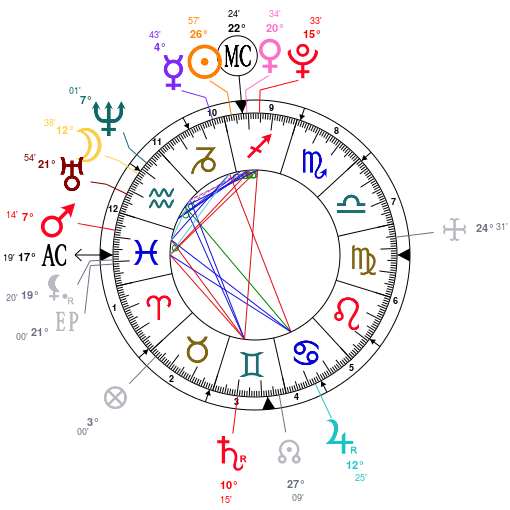 Joe Biden, An Aquarius For Inauguration Day – His Horoscope Is Here…